Once upon a time there was a young girl called Iris. Iris had a magical childhood playing in the garden with her siblings and animal friends.

But then one day, came her first moontime blood. She was told that she was now a woman, and must learn to deal with it.

But Iris struggled with this. Now every month she had great pain in her belly, and each month it got worse.

One day, her mother took her to the local Seer and Wise Woman. The Wise Woman’s eyes seemed to penetrate right through Iris. She was silent for some time, until  finally she spoke:

“There is a stone of great power in your womb Iris. Your pain will not subside until you find it. While it is buried in the mud of generations, don’t worry, Iris’ grow from the mud. Listen to your dreams.” And without another word she sent them away.

Iris felt very confused by the cryptic words of the Seer woman.

How could she find this stone? And what about the mud? After all, she wasn’t an Iris plant, she was just called Iris, so what did that have to do with anything?

I am a queen. In each hand I hold a scepter of Iris flowers. I feel amazing! I am a very loving queen. Everyone knows my sovereignty and they love and respect me for my kind, fair and loving rule. I feel so soft and relaxed and sure of myself, standing tall just like the Iris flowers beside me. I am powerful and yet I know my power depends on my being a just and kind queen to my people.

Strange as it was, after this dream Iris’ pain was gone and she felt excited and determined to be the majestic and loving queen she had been in her dreams.

But when the boys at school noticed her standing tall and confident, they started to tease her.

“Look at Iris” they sneered, “She thinks she’s special.”

“Who does she think she is anyway? She’s just a girl.”

Even some of the girls chimed in with the boys, until Iris started to crouch over her belly in pain again. 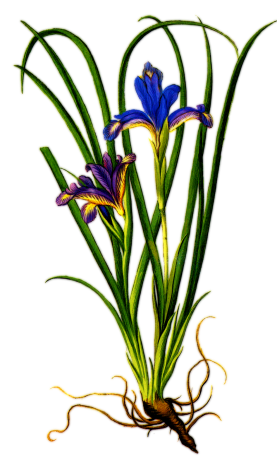 The following month her pains returned and her mother took her back to the Wise Seer Woman. The Seer smiled at Iris.

“So, you found the source of your power it seems. And it looks like you also found the mud of generations” she spoke with confidence.  “Men have been fearing our power for many years now, and even women have learned to fear and bury their power. Come, lie down, we will go beyond the mud.”

Iris dropped into a dreamy space as the Wise Woman placed her hands on Iris’ belly. And although Iris had her eyes closed she felt the woman’s hands somehow sink through her belly deep into her womb. She felt the thick layers of thick mud within.

“This mud is not from your lifetime Iris, this has come from generations and generations of women being dishonoured and even killed for having great power. Women have learned to hide it deep within. But the tide is now turning. I have seen that women will start coming back into their divine sovereign power, and as they do, men will rise up and own their own true power and place in the world.”

“There may be a bit of turbulence first.” She added after a few moments.

Her words washed over Iris, as she entered a deep sacred space within her own womb. Here she discovered an altar, and on it shone a dark purple crystal. She felt its royal power and approached it with reverence.

“Well done!” congratulated the Seer, “You’ve found it! We will cleanse it now. Then you will dream.” 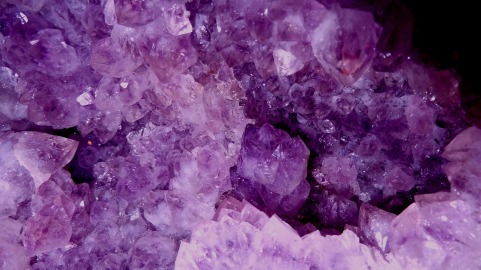 Suddenly Iris was awake. As she rose, she felt different, something indescribably beautiful within her had been awakened. Three days later she again, dreamed.

I walk with another woman. She is a friend, we work together as part of a group. It is many centuries ago in Southern France. We are Seers and can see into the future. We can see the Inquisition and the persecution of women that will soon be here. We are Rainbow priestesses, a group of women sworn to protect the power code of the Iris. We know that this power can never be destroyed, but we also know it must go underground and be hidden for a long time. We are burying it deep inside the wombs of women. Through generations it will lie dormant and inactivated until the time is right for it to come alive again.

I hear a voice: “Iris, you are a Rainbow Priestess, part of the Order of Iris. You are here as a messenger from the divine, to bridge the worlds and the gaps in time. It is time you awaken now. From the mud grows the Blue Flag Iris, messenger of the spirit, crossing the worlds of time and looking always heavenward. You must find your namesake and learn from it.”

Iris awakened startled at the clarity and realness of her dream.

Where could she find some Blue Flag Irises to sit with? And was she really a Rainbow Priestess? 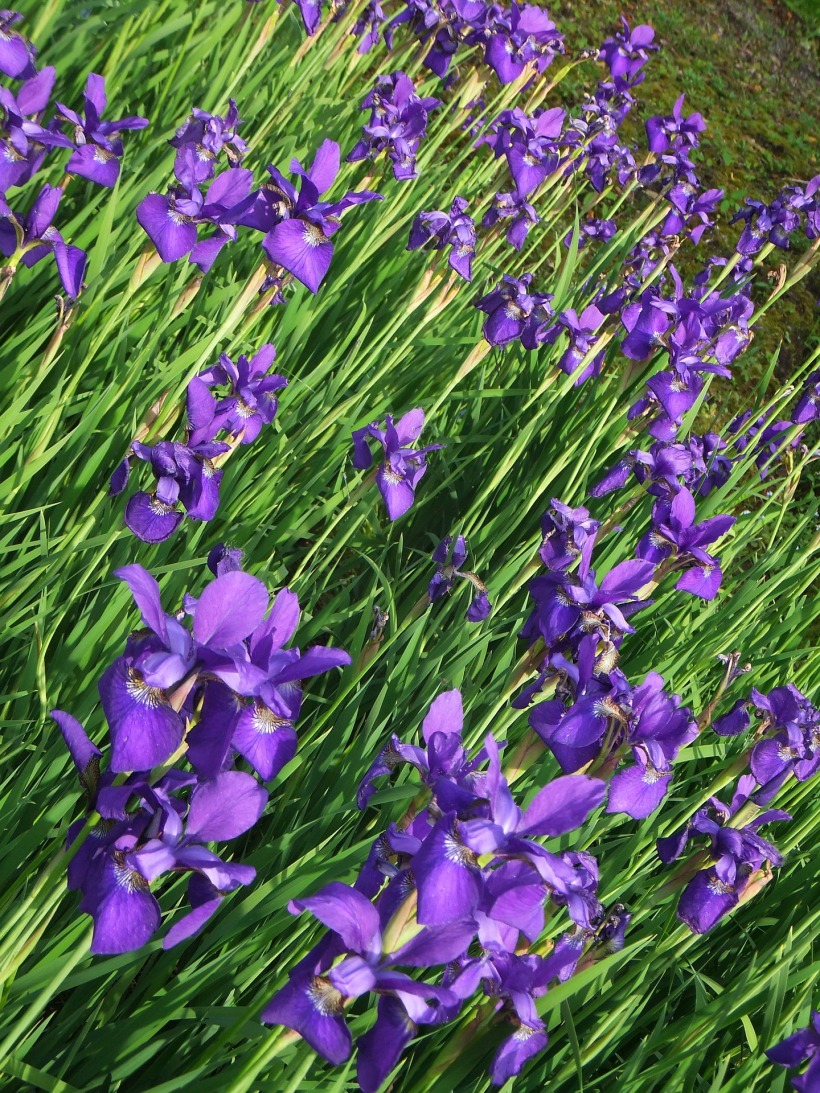 She went to school deep in thought.

They had been studying Greek mythology and today the discussion centred around Hera and Zeus.

“What do you all feel about Hera, the wife of Zeus?” asked the teacher.

“She’s like the nit picking, complaining wife” said another.

“CRAZY woman” piped up a third, and everyone laughed in agreement.

“And what about Zeus?” Asked the teacher.

“He’s cool!” said a boy, “He goes on adventures and rules over everything. He’s the King!”

Iris sat quiet. She felt unusually disturbed by this conversation. Finally she could not hold back any longer and with a gentle force and knowing that surprised even herself she spoke:

“To me it seems pretty unfair. Zeus was unfaithful to Hera which is why she became furious. But wouldn’t your mum be furious if your dad went off with another woman? I don’t understand why we judge Hera for getting upset, when Zeus is the one who has broken his vows. Why don’t we judge him?”

The room was silent.

“Well done Iris. They are very important things to consider.” the teacher said. “And on another note, before you head home, does anyone know the name of Hera’s messenger?”

“Iris of the Rainbows” said the teacher.

“She would bring Hera’s messages from the heavens via a rainbow.” The teacher concluded as the bell rang.

Iris walked the long way home past the woods deep in thought about her dreams and this new knowledge. When she finally looked up she realized she had walked straight past the turning home. But just then, a white dove caught her eye and she gazed at it over the boggy, muddy marsh ahead. 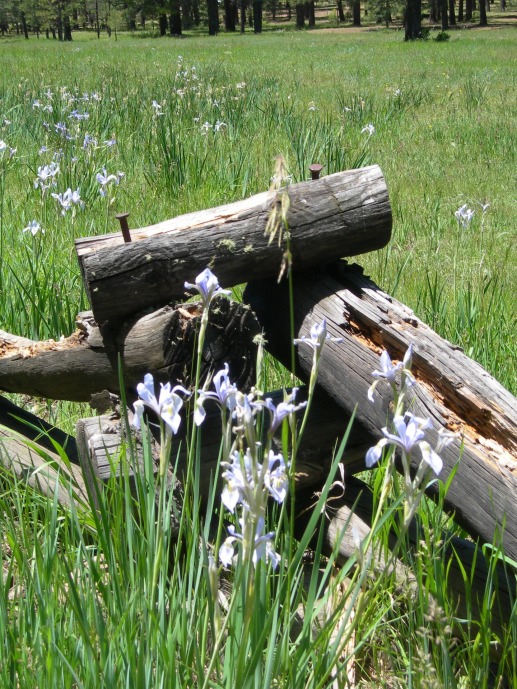 Boggy Mud! Excited, she hastened forwards, eyes peeled for Blue Flags. She didn’t have to go far before she saw them. Three stately purple blue flowers shone proudly from their boggy beginnings. She sat and gazed at them for a time, until from nowhere came a beautiful, graceful, voice:

“It is not for your to seek revenge or get stuck in the bog and resentments of the past. Instead it is your time to rise, to express your soul, your true majestic power, which comes only from the divine. Look only and always to heaven like I do. Don’t get caught in the muck that goes on around you. Stay true to yourself. Stay in your Creative Power for no one can take this away. Stay in your Creative Power. Work only on yourself, you can not heal this in others. But you are a Rainbow Priestess, a messenger from the past. Like me, you carry the memories of true power. Remember this power within. As you activate it, other women will feel it, and feel safe to search for their own again.”

As Iris walked away, she knew she would never get cramps in her belly again. The purple crystal in her womb had been cleansed and activated. The Iris code had been released. The little cramped up rhizome buried in the bog for so many years had burst out and straight up towards the heavens, blooming into its stately beauty. Iris knew her own power rested inside of her and no one could take that away.

Flower of the Rainbow,

Messenger of the Goddess,

Keeper of the memories

Of our Inner Priestess.

Queen of the Faeries,

Bridger of the realms,

For you to take its reigns.

It’s time to know your power.

Are waiting for you to flower. 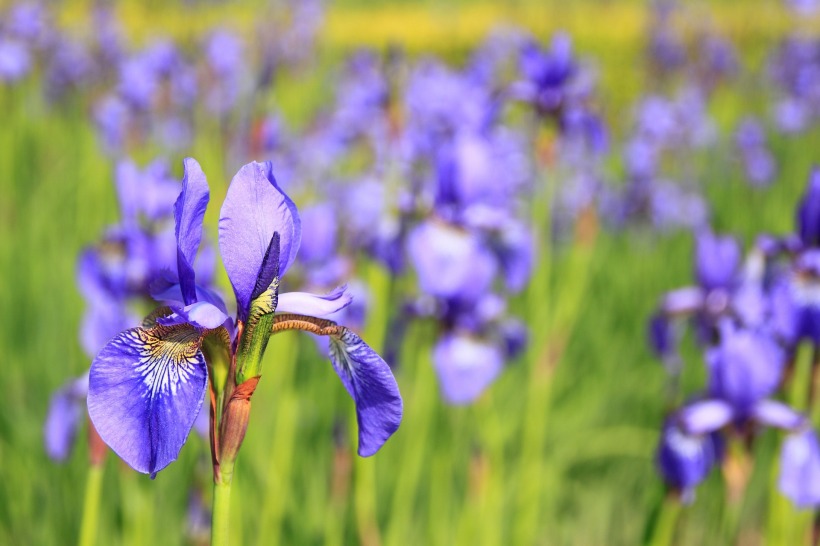 This story is from the upcoming book:

Tales from a Sacred Earth

Subscribe to newsletter to get updates on when it is released